This belongs to another satisfied customer at least I think he is, we are still on talking terms. Nigel bought this 1100et as a complete but slightly tired runner as an antidote to his other show winning museum pieces, the idea with this bike was it was always meant to be a rideable classic, Nigel’s brief was simple but clear, uprated and sensible mods, a bike that starts on the button and is happy to tool along two up.

We think we achieved that. 1200 bandit front end but retaining the et headlight cowl and Renthal FatBars, bandit 12 rear wheel at the back with a set of slightly longer YSS shocks to raise the rear end a bit. The engine was rebuilt using a Wiseco 1170 kit and Dyna s ignition to complement the new Dyna coils, the cases were coated black by Camcoat. The pipe was built to Nigel’s spec. After jetting the engine fuels smoothly and produces just over 100 ponies at the back wheel. Fresh paint and a recovered seat finish the job off. 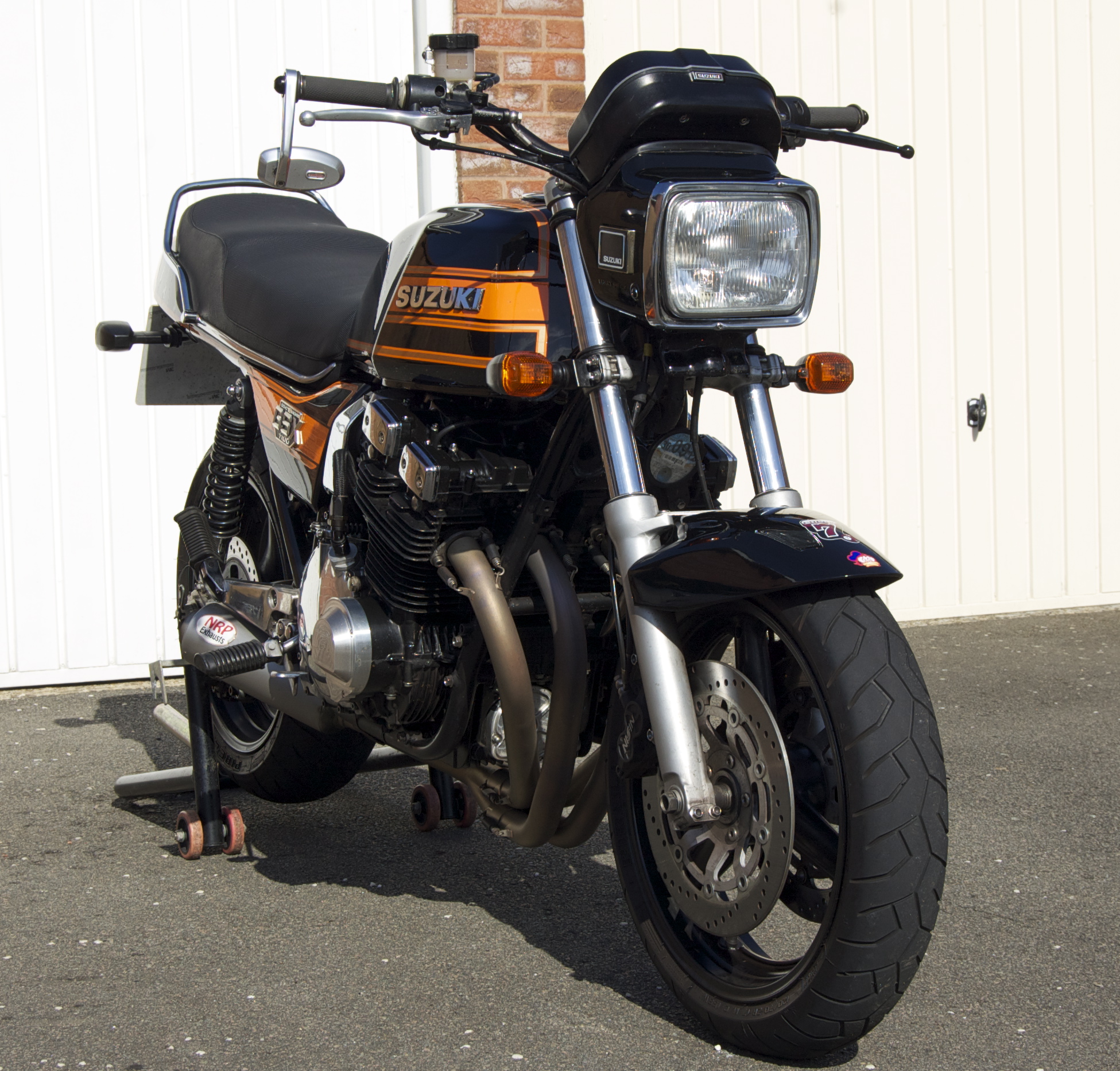 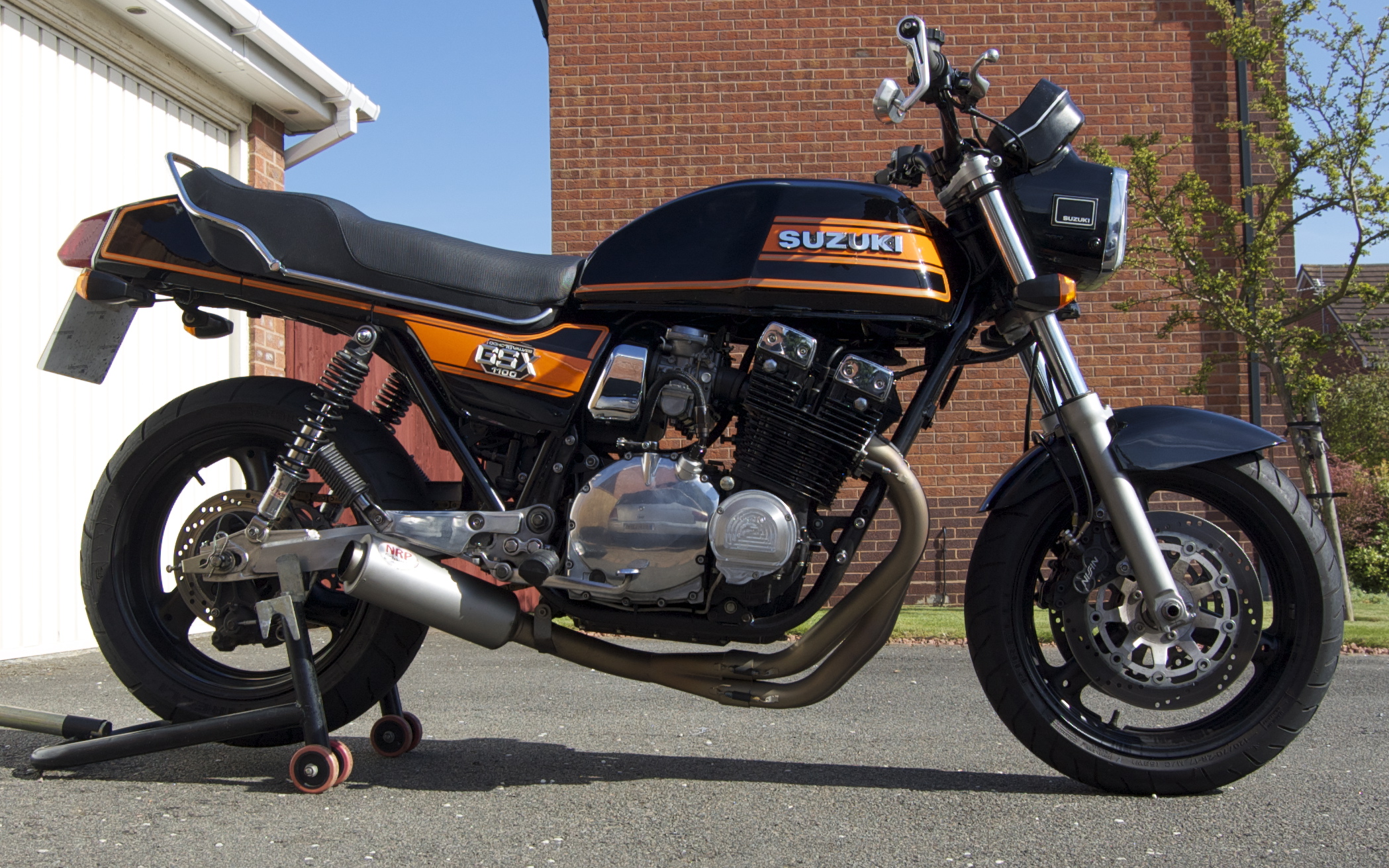 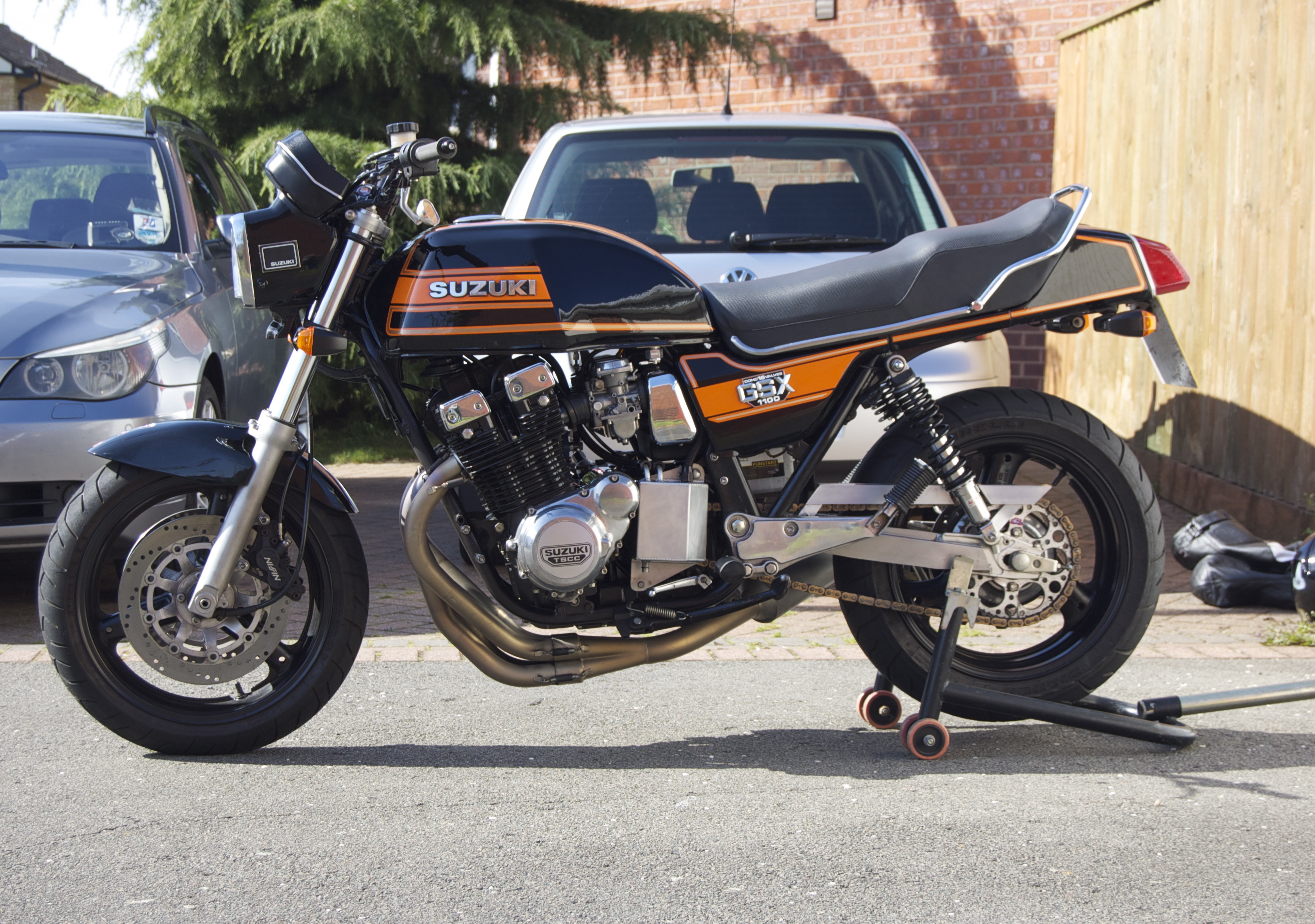 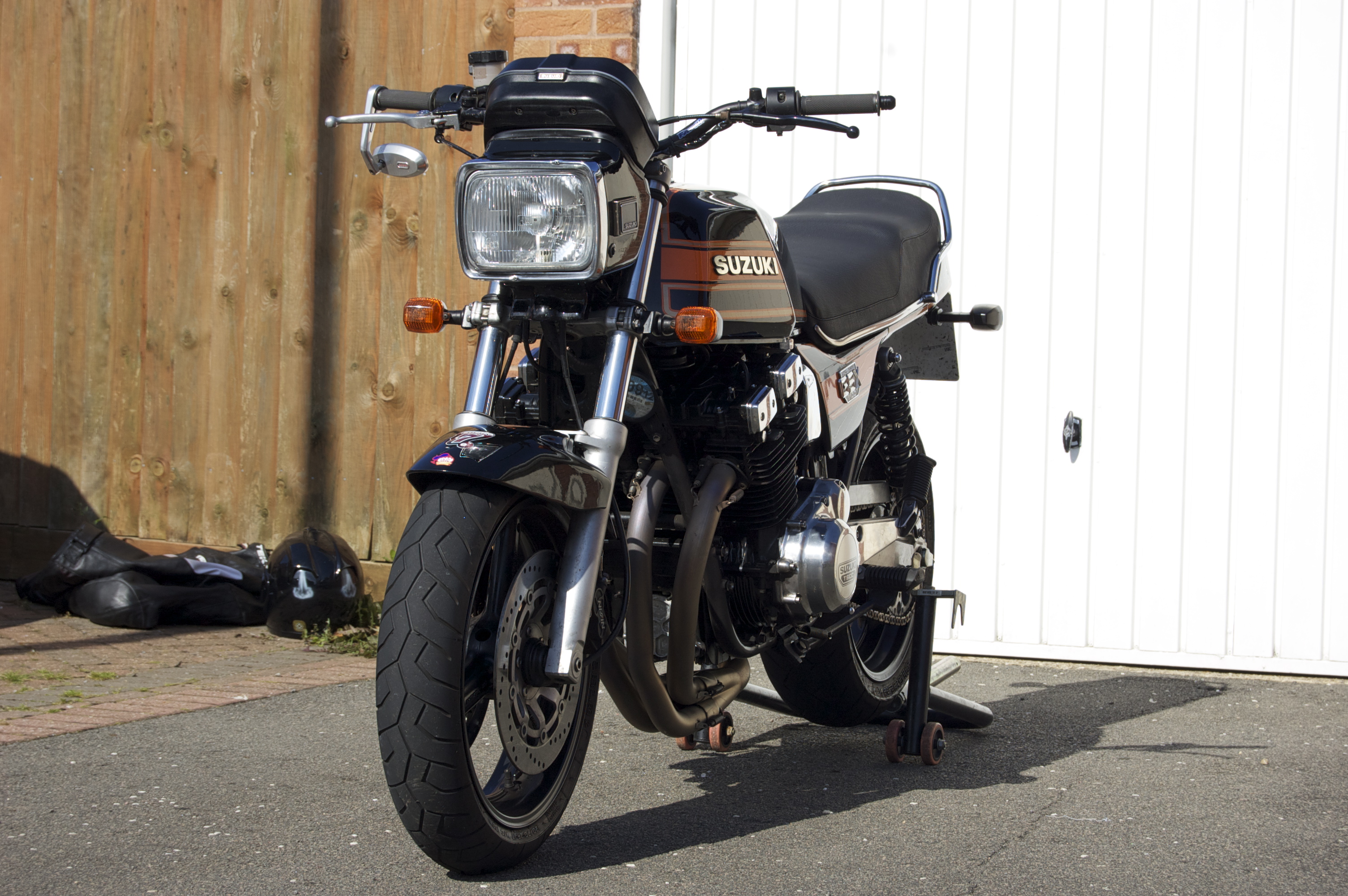